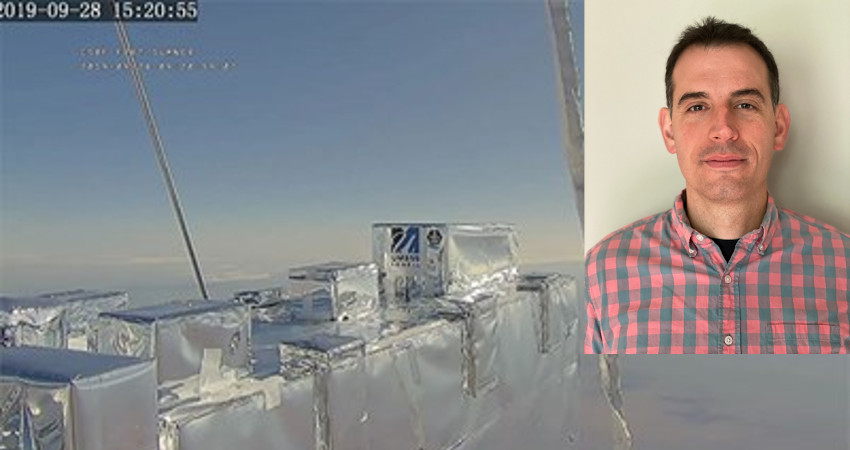 ALPAO is proud to have Project PICTURE-C among its references. In November 2022, Christopher Mendillo gave us an interview about this great project. He answered also some questions about Adaptive Optics technology for astronomy and his feedback on ALPAO’s products.

The Lowell Center for Space Science and Technology started around 2015. It’s a research center at the University of Massachusetts in Lowell (USA), about a 30-minute drive north of Boston. The center is a combination of physics and engineering research groups. The head of the center is a professor named Supriya Chakrabarti who is also the PI of the PICTURE-C mission.

PICTURE-C started around the same time as the creation of the Center. It is a NASA suborbital balloon mission. We are a subgroup specializing in space hardware and space missions. It is funded under the Astrophysics Research Program. They fund the entire suborbital program that consists of sounding rockets, which are repurposed missiles carrying scientific payloads into space.

PICTURE-C started off as a sounding rocket in 2005, I started working on it back during graduate school at Boston University. We did two flights then. They are great but only give you 5 minutes in space, which is a very short amount of time for this experiment. We needed something that could be reused over and over again and started looking at balloons.

We proposed to adapt our instrument to fly on a balloon back in 2015. We completely redesigned the experiment. Our mission is to image extra solar planets and their environments. Only a handful of such have ever been imaged before.

2.  Why do you use Adaptive Optics (AO) and deformable mirrors in the project PICTURE-C?

It is difficult to image the planets because they are very dim when compared to the star they orbit. In visible light, the difference in brightness is in the order of billions.

To see them, we need to use a coronagraph, they require extremely precise wavefront control to work properly. They block the direct light from the star which allows us to look at planets next to it. There are a lot of technologies to do this.

No matter which technology you chose, you will never be able to get rid of all the light. If you are trying to suppress a part in a billion, they can handle the first six orders of magnitude and get down to a million to one ratio in brightness. You still need to do a thousand times better than that.

The instrument is a 60cm telescope on PICTURE-C. It is off-axis, it’s a perfectly circular beam, this is extremely important to have a precise PSF.

The simplest approach is to have this off-axis telescope, the light goes from the telescope to the coronagraph. There are two DMs inside the instrument, this allows us to break the control problem into two parts.

The first DM (97 actuator DM) does very high speed, high amplitude corrections in lower spatial resolutions, so big corrections really fast. Its job is to create a perfectly diffraction-limited image. We must correct large amplitude pointing errors. This is done with tip-tilt controls built into the mirror. We can do pointing and low order Zernike control with the same device.

The second DM handles high order Zernike correction. This comes together to create a high contrast image. We will be able to look at planets or rings of dust by the end of the process.

3.  What perspectives do you see for AO in this specific field of astronomy?

We are not correcting the atmosphere like on the ground. We are correcting one static aberration in the system given to the optics and alignment. We correct dynamical, time changing Zernike’s from mechanical and thermal deformation, flexing of the telescope structure.

We swing under the balloon; we are under gravity. Everything is creeping, moves slowly. This happens at low frequency.  Everything that is fast that is happening in the balloon is corrected by the first DM, driven by a Shack-Hartmann WFS.

We use the light rejected from the coronagraph to feed it into another sensor which gives Zernike measurements. This gives us the high-speed loop.

It was 2017 that we first contacted ALPAO. We needed a new low order DM. We talked with a bunch of colleagues and were directed to ALPAO by one of our French colleagues Rémi Soummer, this is where the connection comes from. Every time there is a problem someone always says, “the French guys, they know how to do that”. Good about France, they do everything with quality.

It was a life saver, because we were stuck, and in the end it all worked out. We bought a DM and then borrowed a second one and have not looked back ever since.

We talked a lot about the environmental considerations for running the first mirror, such as its capacity to be run in a vacuum, low temperature, in the balloon environment. In flight we get down to 1 torr pressure, which is the pressure at about 40km altitude. All our testing was done at that pressure level. The DM is equipped with a heater to assure it doesn’t get too cold.

It has flown twice now and worked perfectly both times. In the last flight we achieved 1 milli arc second pointing stability thanks to the DM, which has never been done before, in addition to this, it was done on the balloon, which is a rough environment to handle. This is better than any telescope in space has ever pointed, and we did this on a swinging balloon in the atmosphere. It is an impressive accomplishment.

Christopher Mendillo is a research professor at the University of Massachusetts Lowell. He earned his Ph.D. in astronomy from Boston University in 2013 and his bachelors degree in physics from Brown University in 2005. Dr. Mendillo’s research centers on the direct imaging of exoplanets from sub-orbital platforms like balloons and sounding rockets. His main areas of focus are optical design and simulation, wavefront control and flight software development.

made with ♥ by Cerf à Lunettes France & Suisse